Cystitis is an infection of the lower urinary tract , typically female, characterized by dysuria (difficulty in the emission of urine), burning and pain during urination. These symptoms often occur together with an urgent need to urinate and, less frequently, with smelly urine, blood in the urine, suprapubic pain, fever.
Even if they share a similar symptomatology, it is possible to distinguish different types of cystitis , depending on the causes that cause it, on the frequency and severity of the episodes, on the phases of life or on the category of people who strike. Let’s find out more.

Types of cystitis: simple and complex

Due to their characteristics, cystitis can be defined as simple or complex (or complicated ).
Among the complicated cystitis , there are all those which, in addition to the typical symptoms such as pain, burning with urination and urgency to urinate, present episodes of blood in the urine (hemorrhagic cystitis) or febrile episodes , sometimes with chills, which are the signal of the fact that the infection has spread to the upper urinary tract. 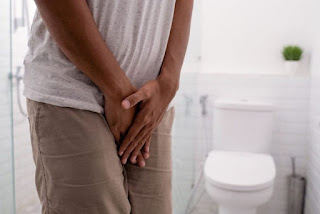 In the male, benign prostatic hypertrophy (physiological enlargement of the prostate in all men from around age 40) can cause an obstacle to emptying the bladder . This can result in urine stagnation and the development of a urinary tract infection, male cystitis .

Types of cystitis: infectious and non-infectious

Another great classification of cystitis types can be made on the basis of their causes.
Infectious cystitis is the most common: bacterial cystitis alone represents 90% of all forms of cystitis. They are mostly caused by bacteria normally present in the colon that go up the urinary tract and reach the bladder creating various complications. The most common pathogen responsible for uncomplicated urinary tract infections is Escherichia Coli. This bacterium is the cause of 85% of community acquired infections (that is, in the absence of contact with medical facilities or environments) and 50% of hospital-acquired infections. Other gram-negative bacteria are the Enterobacteriaceae, including Proteus Mirabilis and Klebsiella, and gram-positive bacteria such as Enterococcus faecalis and Staphylococcus saprophyticus. Then there are fungal infectious cystitis, such as those from Candida albicans, which originate from the vaginal flora or perineal skin. 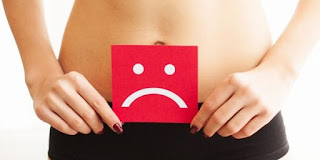 Among the non-infectious cystitis there are the actinic or radio-induced cystitis , or consequent to the damage induced on the bladder by the radiation used in radiotherapy for the treatment of tumors . They occur following radiotherapy of the pelvic district, ie those performed for prostate, colorectal or uterine cancers. The risk is greater the greater the irradiated field and their incidence has been significantly reduced with the introduction of latest generation collimators. In actinic cystitis hematuria, or the presence of blood in the urine, is more frequent.
Non-infectious cystitis can also be triggered by a foreign body (for example, by the use of a bladder catheter) or by exposure to toxic substances.

The acute cystitis usually lasts a few days , has some very intense symptoms and extremely painful . It is characterized as a single, isolated episode , which can occur after sexual intercourse (post-coital cystitis), or during pregnancy (cystitis in pregnancy), or after disorders such as diarrhea (post-enteritis cystitis).
The chronic cystitis , by contrast, is characterized by attenuated symptoms but continue over time, even for months or years .
It is important not to confuse chronic cystitis with recurrent cystitis : in the first case, the symptoms are continually present, even if of minor entity, while the recurrent form is characterized by episodes of acute cystitis which recur with irregular cadence several times during year , always more than 4 times in the twelve months.
Chronic and recurrent cystitis are those that are most frightening, because there are fewer possibilities of treatment and because, even if the symptoms are lighter, their continued presence makes them more disabling.

Cystitis in pregnancy, very similar to other forms of acute cystitis, can be favored by the particular modifications that the woman’s body undergoes in this phase of life. In particular, hormonal changes can expose the bladder to a greater risk of inflammation : the increase in the progesterone level, in fact, induces the relaxation of smooth muscles and decreases the tone of the ureter and urethra, an element that can slow down the flow urinary and determine the development of a reflux.
Another risk factor is the mechanical compression exerted by the growing uterus on the ureter . Especially in the last months of gestation, this phenomenon hinders the complete emptying of the bladder (urinary stasis).
Finally, during pregnancy, the urine is rich in nutrient substrates that can promote the proliferation of germs .
All these components can create a fertile environment for engraftment of vaginal or intestinal germs (mainly Escherichia Coli) that go up the urethra.
The symptomatology is the same as for other types of cystitis. In terms of treatments, an antibiotic therapy is generally recommended , which does not present risks for the woman or the fetus . This also to avert the risk of complications , such as kidney infections (pyelonephritis) and premature birth, which are however very rare. The most appropriate treatments will be recommended by the doctor after the clinical evaluation and appropriate diagnostic tests.

The diagnosis of uncomplicated cystitis can be made with high probabilities based simply on the clinical history of lower urinary tract symptoms (dysuria, increased frequency and urgency to urinate) associated with the absence of vaginal secretions or irritation. Older women may present subtle symptoms, such as abdominal pain, or be completely asymptomatic.
The diagnosis of acute cystitis is based on the microscopic analysis of the urine to highlight the presence of white blood cells, bacteria and occasionally blood. This analysis is carried out by performing the urine test with urine culture and antibiogram .
In the case of chronic cystitis or recurrent infections (recurrent cystitis) a urethral swab is recommended and, if the doctor deems it appropriate, an ultrasound examination of the urinary tract to check for the presence of a urinary tract obstruction or kidney infection (pyelonephritis).
If cystitis occurs after sexual intercourse, it will also be useful to carry out a microbiological evaluation of both the prostatic secretion and the partner’s seminal fluid.

The different forms of existing cystitis may or may not require antibiotic treatment.
The antibiotics , usually recommended in cases of acute cystitis, are molecules capable of performing a ‘ bacteriostatic or bactericidal activity , which is capable of eliminating the harmful bacteria.
Antibiotic therapy allows the permanent treatment of cystitis, eliminating the bacterial infection responsible for bladder infection. This therapy results in the attenuation and subsequently the disappearance of symptoms related to cystitis, such as acute pain or intense burning sensation. The use of antibiotics, in addition to treating the disease, also plays a protective role for those who suffer recurrently from cystitis . Antibiotic therapy is also recommended for pregnant or concomitant women.
Antibiotic therapy should be targeted to the type of bacterium responsible for the infection , to be identified thanks to urine culture. If the infection is sustained by Escherichia Coli type germs, the most frequently encountered, antibiotics can be combined with the use of supplements such as D-Mannose , which directly antagonize the bacterium’s ability to adhere to the bladder walls .
If the immune system is strong enough to be able to heal itself from the infection, there is no need to resort to antibiotics. It is however important to always agree the most appropriate therapy with the doctor.
Especially in acute forms of cystitis, it is also essential to over- hydrate the body , drinking at least two liters of water a day: hydration helps expel bacteria from the bladder more quickly through the urine , so it is an essential support, along with treatment , to promote healing.
If cystitis is of the coital type, sexual rest is important , in order not to further inflam the urinary tract and not to transmit the infection to one’s partner.

The importance of nutrition for the treatment and prevention of cystitis

In the treatment of all types of cystitis, nutrition also plays a key role. It is useful to bring probiotic foods to the table , such as yogurt, kefir, miso , which help keep the intestinal bacterial flora healthy , avoiding imbalances. Very useful for promoting intestinal transit also foods rich in fiber . It is also important to eat fresh and seasonal fruits and vegetables to regulate the intestine, keep the body hydrated and strengthen the immune system. Red fruits and especially blueberries are particularly effective : many studies have shown that its juice has the ability to prevent bacteria from adhering to the bladder walls, limiting the possibility that the infection develops or gets worse. 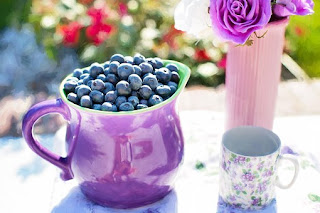 It is also better to avoid consuming spicy or spicy foods until you are completely cured: they could irritate the urinary tract . Also avoid sugars , which can cause bacteria in the bladder to proliferate, making it more difficult to defeat them.
These food suggestions also represent an effective cystitis prevention strategy .

A case in itself, among the types of cystitis, is represented by interstitial cystitis, a chronic non-infectious dysfunction of inflammatory origin. The ICS ( International Continence Society – ICS) suggests using the term ” bladder pain syndrome “, defined as suprapubic pain due to bladder filling associated with other symptoms, such as an increase in day or night voiding frequency, in the absence of full-blown urinary diseases or infections .

It is not possible to identify a precise cause for this pathology and the symptomatology is in many respects comparable to that of a common cystitis, but in the absence of bacteria . For this reason, his diagnosis is very difficult: it is a diagnosis of exclusion in patients who have had symptoms for at least 6 weeks. It is diagnosied by the symptoms after the tests have excluded more frequent pathologies that cause similar symptoms, such as pelvic inflammatory disease, chronic prostatitis or prostatodynia, diverticulitis.
The symptomatology generally includes:
Symptoms appear and worsen over the years, as the bladder wall alters, worsen with bladder filling and decrease when patients urinate. Even food can aggravate the symptoms , for example, the consumer foods high in vitamin K (citrus fruits, chocolate, caffeinated beverages, tomatoes), the spicy foods , the alcohol .
There are no pathognomonic signs, that is able to allow a certain diagnosis: cystoscopy can show the presence of petechia hemorrhagic at the level of the bladder mucosa (benign bladder ulcers, known as Hunner’s) . Many gynecological disorders can simulate interstitial cystitis, which can often be confused with a psychological problem.
In short, it is a very complex picture of pathology , which involves functional disability, often severely limits common daily activities and can cause psychological disorders such as anxiety and depression.

The treatment of interstitial cystitis may include a change in lifestyle and eating habits, bladder gymnastics (for example, Kegel exercises), use of drugs (pentosan sodium polysulfate, antidepressants, NSAIDs), intravesical therapies and, as a last resort, the use of surgery . In general, 90% of patients improve with treatments, although it is difficult to achieve a true recovery.