Low pressure: what is it and how to fight it

The low pressure is a problem that afflicts many people, especially in summer. A sense of weakness, mixed with dizziness, confusion, blurred vision and sometimes even loss of the senses that prevents any activity from being carried out. But what exactly is low blood pressure and what are the best remedies to fight it?

What is low blood pressure

The low pressure is given by a particular condition of the arterial blood pressure values which abut on the lower levels to normal . A disorder that can cause a series of very annoying consequences .
Hypotension , synonymous with low pressure, is a very widespread problem: although it does not cause serious consequences such as those which causes high blood pressure, or hypertension , it is still a difficult condition to manage.
The inclination to have low blood pressure may depend on various factors , which we will discuss later, including: genetics, some types of pathologies, taking certain drugs, pregnancy, various environmental factors.

What is arterial pressure

The arterial blood pressure is simply the “power” that the blood exerts against the walls of blood vessels. This force is determined by the action of the heart , which acts as a kind of pump : the physical factors that determine blood pressure are different . For example:
the force of contraction of the heart;
the number of heartbeats per minute;
the stroke volume , that is the amount of blood that comes out of the heart every time there is a ventricular contraction
the resistances that the small arterial blood vessels make to this movement, called peripheral resistances
the health and elasticity of the arteries , including the aorta (the largest artery in the human body, which starts from the left ventricle of the heart and carries oxygenated blood to all parts of the body.
The blood volume , ie the total volume of blood circulating in the body.

How to measure pressure 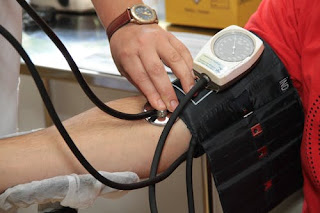 The blood pressure is measured in millimeters of mercury (mmHg). There are different types of instruments for measuring pressure: the guidelines of the Arterial Hypertension suggest automatic or semi-automatic ones from the arm .
In the resting state, blood pressure is usually defined through the values  of:
systolic or “maximum” pressure: the arterial pressure of when the heart contracts;
diastolic or “minimal” pressure: the arterial pressure of when the heart is relaxing.
The values may vary depending on the activity being carried out and the environmental conditions :in the warmer months the pressure value may decrease considerably causing different consequences.
Blood pressure varies from individual to individual and can be influenced by various factors such as age and sex, but also physical temperature or emotional state.
Moreover, it undergoes several oscillations throughout the day : for example, it has naturally lower values   during the hours of sleep and in the early hours of the morning.
According to the Veronesi Foundation , a reliable method to measure blood pressure is this: for a week, take two measurements in the morning, just wake up, and two before dinner. Then the data of the first day are discarded and an average of the 24 remaining values   is made. Of course, the Foundation’s doctors advise bringing the prospectus to the doctor anyway, so that he can repeat the measurements more precisely.

In general it is considered a normal situation in which the values of the systolic pressure do not exceed 130 mmHg and those of the diastolic pressure the 85 mmHg. Hypotension occurs when these values are less than 90 mm Hg for systolic and less than or equal to 60 mmHg for the diastolic.
Specifically, here are the ranges of values considered normal, low or high. The classification is suggested by the WHO / ISH, based on blood pressure levels in adults aged 18 or over. 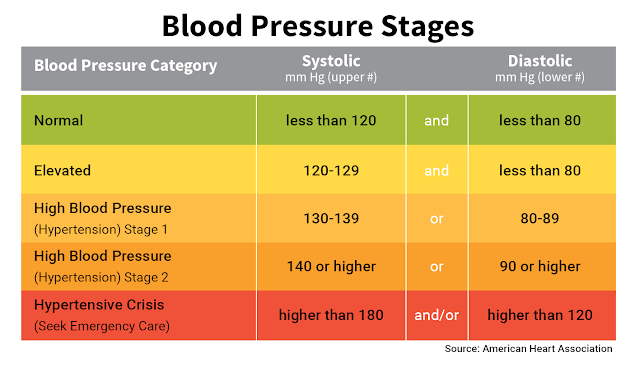 There are different forms of hypotension : in some subjects, for example, it is a constant due to a genetic predisposition and rarely causes problems. This type is called asymptomatic chronic hypotension and does not need therapies.
Then there are special conditions like that of sportsmen . In fact, those who do endurance sports in particular have lower arterial resting pressure than sedentary people. Compared to those who do not practice physical activity, in fact, sportsmen have a decidedly more extensive network of capillaries, which allows blood to flow more slowly and regularly.
Aside from chronic asymptomatic hypotension, there are three other main types of hypotension.

It is an excessive lowering of arterial pressure when the upright position is assumed. A condition characterized by symptoms such as dizziness, blurred vision, confusion, weakness, dizziness, nausea or even fainting . It occurs because the body does not react quickly enough to the change of position : it is usually a mild disorder that lasts a short time. A particular form of orthostatic hypotension is the so-called postprandial hypotension : a sudden drop in blood pressure that occurs immediately after meals.

It derives from a wrong communication between brain and heart : the main symptoms are very similar to those of orthostatic hypotension. In some cases, this form occurs when there is a lot of time standing, but in most cases it develops following particularly unpleasant, shocking or frightening events. The subjects most affected are children and adolescents.

This typology is one of the most serious forms . In the event of a shock , in fact, the blood pressure decreases considerably , so as to seriously endanger the person concerned. There are different types of shocks:
hypovolemic , usually triggered by severe internal or external bleeding, deep burns, severe dysentery, kidney disease, abuse of diuretic drugs and other similar factors;
cardiogenic, a type of shock linked to causes such as a heart attack, pulmonary embolism or severe arrhythmia;
vasodilator, a shock linked to reactions to certain types of drugs, liver failure, poisoning, severe allergic reactions or extensive head injuries.

In the event that low blood pressure is not linked to the aforementioned disorders or shocks, no special treatment is required. The causes of a lowering of pressure , which does not determine a condition of constant hypotension but only occasionally , can in fact be of different nature:
causes related to diseases or to taking certain drugs. These include, for example, thyroid and cardiac dysfunctions, anemia, allergies, chronic intestinal diseases, abuse of diuretics or antidepressants, drugs for the treatment of Parkinson’s and prostate diseases.
Contingent causes or environmental factors : the raising of external temperatures with consequent sweat and dehydration, a diet poor in minerals such as magnesium and potassium or low in liquids , very intense sporting activities .
Pregnancy or problems related to the menstrual cycle . Low blood pressure, in particular, is very common in the first months of pregnancy : as the pregnancy proceeds, it tends to increase physiologically and it is necessary to be careful instead to prevent it from exceeding normal values.

Sometimes we find ourselves having to face a sudden drop in pressure , especially on the most sultry days: the “emergency” remedies are of different types. In case you feel symptoms like dizziness, dizziness, blurred vision, loss of consciousness, it is advisable :
lay down immediately and raise your legs

Apart from emergency remedies, if you think you suffer from low blood pressure occasionally, you can adopt behaviors that significantly reduce episodes, especially in the hottest months:
avoid drinking alcohol and always keep yourself hydrated . Remember to drink at least 1 liter and a half or, better still, 2 liters of water a day , accompanied by fresh fruit and vegetables.
pay more attention to your daily diet , avoiding too rich and abundant meals
don’t go out or stand in the sun during the hottest hours
choose clothes made of natural and fresh materials, to avoid sweating too much
avoid making excessive efforts and sudden changes of position. 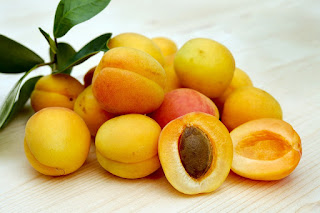 The importance of nutrition

As already mentioned, a balanced diet can help to combat the problem. In addition to advice on how to drink lots of water and keep an eye on the amount of minerals in the diet, there are foods that more than others lend themselves to regulating blood pressure. If you need to turn up the pressure, you can use:
Coffee and tea . They act as vasodilators , favoring the activity of the heart muscle. In particular, green tea is rich in antioxidants that help balance the pressure.

Dark chocolate . Dark chocolate (and cocoa, of course) contain a flavonoid, epicatechin , which helps the arteries remain flexible preventing occlusions.
Foods rich in potassium such as potatoes, apricots, white beans, spinach, pumpkins and zucchini, bananas, dried grapes and almonds.
Magnesium-rich foods such as green leafy vegetables, bitter chocolate, almonds, pistachios, oily fruit, brown rice and bran.
Royal jelly . A food that performs a cardiotonic action , ie it strengthens the tone of the heart muscle.
Licorice. Thanks to the presence of glycity , a saponoside that promotes sodium retention, licorice has the ability to lower pressure .Sometimes, however, this lowering occurs suddenly : it is therefore necessary to pay attention to the quantities.