Hiatal hernia: what it is, what are the symptoms and how it is treated

Hiatal hernia is a disorder of which suffer many people. But few know the causes . That ‘s exactly what hiatal hernia is, what factors can trigger it and what remedies to use.

Hiatal hernia: what it is

The hiatal hernia is an anatomical condition characterized by the passage of a part of the stomach into the chest. This passage takes place due to the loosening of the walls of the esophageal diaphragmatic hiatus , a small opening of the diaphragm through which the esophagus passes. In the case of a hiatal hernia, part of the stomach rises up through this opening , causing the symptoms of the disease. It is found more frequently in subjects over 50 years, in women and in overweight and obese subjects.

From the medical point of view, a hiatal hernia is defined as displacement of part of the stomach in the thoracic cavity through the esophageal hiatus of the diaphragm. But there are different types of hernias.
Sliding hernia. It is the most frequent form and is characterized by the passage, through the esophageal hiatus, of a portion of the stomach: the cardia (the orifice through which the esophagus opens and enters the stomach) and the bottom of the stomach. If the gastroesophageal junction (cardias) is pushed upwards in many cases it causes one of the typical disorders of the disease, namely gastroesophageal reflux. A passage that, in some conditions, can be reversible.
The Paraesophageal (or by rolling ) is more rare, but at the same time more dangerous. In this case the cardia remains in its natural position and the bottom of the stomach passes through the hiatus . The most serious problem in this situation is the possible throttling of the hernia between the hiatus and the esophagus , which could compromise the flow of blood in the area.
The mixed hernia is a combination of the two previous types.

The hiatal hernia is linked to age: almost 100% of the population over 80 suffer from it, and from 50 years upwards the percentage is around 25% . This is due to a natural organic deterioration , in association with the continuous repetition of the swallowing movements.
Besides age, there are also other risk factors : hiatal hernia, in fact, affects women and overweight people to a greater extent.
As for the causes , there is still no single cause or explanation that justifies the onset of the disease, but there are various contingent causes:
severe abdominal trauma and injuries
congenital reasons related to an excessive opening of the hiatus
increased abdominal pressure , such as may be caused by a chronic cough or pregnancy
habits such as smoking or wearing too snug clothes on the abdominal area. 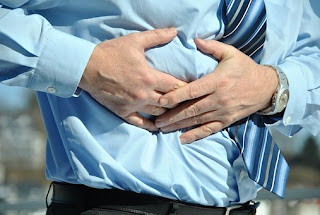 Hiatal hernia can be completely asymptomatic or cause disorders such as gastroesophageal reflux (which can also arise independently of the hernia). The clinical picture is very variable and this is one of the reasons why we are often not aware of the problem, even though we have it.
One of the most obvious symptoms of the disease, however, is that which is created due to the acidity of the gastric contents . The esophageal walls , in fact, can be damaged causing the typical symptoms of the disease such as:
In case of stress, overweight or special conditions such as pregnancy , symptoms may increase due to increased abdominal pressure.
Those who suffer from hiatal hernia may experience a sensation that is easily confused with the heart attack this is why having a diagnosis in a short time is fundamental.

How to understand if you have a hiatal hernia: the tests to be performed

As already mentioned, the hiatal hernia can be asymptomatic for this reason it is often discovered during tests carried out for other disorders, such as an ultrasound. But what tests do you have to understand if you have a hiatal hernia?
The disease can be easily diagnosed with an X-ray of the upper digestive tract or with endoscopy.
Finally, to get an idea of ​​the evolution of the problem over time you can monitor the pH of the esophageal content or the pressure inside the esophagus . 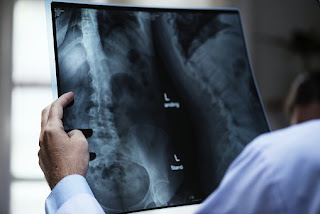 When the hiatal hernia is asymptomatic it does not require special treatments. Instead, when the hernia shows a gastric reflux , it is necessary to intervene, acting on diet and lifestyle and providing, on the specialist’s advice, adequate therapy, possibly even surgery.

In case of hiatal hernia, it is important to adopt a special diet for this problem and some precautions. In particular, it is useful:
make small meals , rich in protein and low in fat and carbohydrates.
Avoid hot and liquid foods, preferring lukewarm foods : this helps to avoid the worsening of any lesions in the stomach or intestines and to prevent the risk of acid reflux symptoms escalating.
In the hours following the meal, avoid resting or making efforts . If it is really necessary to lie down, it is better to stay with the upper part of the body slightly raised.
Drink a lot . In general, 2 liters of water per day allow the mucous membranes to be more protected from possible irritation.
In case of overweight, it is essential to lose those extra pounds that press the diaphragm and the esophagus .
There are no “no” foods and foods that are beneficial for the hiatal hernia of all, but it is good to avoid or strongly reduce all foods that can have an irritating effect on the esophagus and cause gastric disorders , favoring instead those that protect the gastric mucosa . Let’s see them in detail. 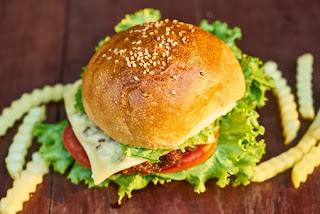 Hiatal hernia: the foods to avoid

Spicy foods , such as pepper: avoiding them helps prevent pain and the risk of ulceration.
Fatty foods : they can cause reflux but also worsen the symptoms because they stimulate the production of a greater quantity of acid during digestion and slow down the emptying of the stomach. Above all, foods rich in saturated fats, such as dairy products, butter, cream, fresh cheese, sausages, pork and fried foods should be avoided. It is also best to avoid meat-based preparations that require many hours of cooking, such as broth, stew, stew, braised beef and ragù.
Mint and chocolate : they contain chemicals that can stimulate the release of acids in the stomach and make the cardia relax, promoting acid reflux in the stomach and the chest.
Coffee, tea, alcohol and in general all drinks that contain caffeine and theine , which can irritate the stomach lining.
Acid-based foods : citrus fruits, blueberries, tomatoes (both fresh and in the form of sauce): they can increase the level of acidity in the stomach and cause an exacerbation of symptoms, so it is good to avoid or limit them.

Hiatal hernia: the foods to be preferred

Cereals : pasta, rice and potatoes act against excessive gastric acidity because they are easily assimilated by the body and do not engage the digestive tract in an important way.
Fruits and vegetables : in particular, apples and bananas have a soothing effect on the stomach walls.
Exotic fruits such as pineapple and papaya : they contain bromelain and papain respectively, two digestive enzymes that help the body to deconstruct some ingested proteins.
Iodized salt : its regular use is beneficial in case of hiatal hernia, but if you suffer from high blood pressure, it is better to avoid salt and use iodine-based supplements.
Fish : it is rich in omega 3, beneficial for the gastric apparatus.

If you suffer from hiatal hernia, it is important that you change your lifestyle to eliminate or reduce risk factors. In particular:
quit smoking . Dry mouth and smoke increase inflammation of the mucous membranes.
Avoid taking drugs like NSAIDs (sedatives, tranquilizers, aspirins, ibuprofen, etc.);
Avoid too tight-fitting clothes , but also to sleep in a completely horizontal position or with a pillow under your belly.

If diet and lifestyle changes don’t work , the doctor may prescribe some drugs. In particular, proton pump inhibitors (PPIs) are often used in cases of reflux symptoms. They are drugs that temporarily interrupt acid secretion so as to favor the regeneration of esophageal mucosa. In combination with these, the doctor may also prescribe gastroprotectors.
In the case of PPI resistance, surgery may possibly be considered : an evaluation based on the individual characteristics of the patient. In particular, intervention is used in the case of paraesophageal hernia , due to the high risk of serious complications, or in the case of a particularly voluminous hernia.
The operation shows the part of the stomach that escapes in its natural location : today it is done with a minimally invasive technique, while the “classic” intervention has fallen into disuse . This method involves the insertion of micro-cameras and surgical micro-instruments: through five or six mini-incisions made on the abdomen, the part where it should be is shown. Moreover, in the case of recurrences , the surgeon can intervene by reducing the width of the hiatus or by proceeding to its reconstruction.
This modern technique also means that the course of the disease is less painful and faster : many patients can return to work within a few days. For one or two months, however, the subject must avoid making special efforts.