Cryolipolysis: what it is, how it works, benefits and costs

The Cryolipolysis is a cosmetic medicine treatment, aimed at both women and men, coming from the United States.
It is practiced with a device called CoolSculpting which was approved by the Food and Drug Administration (FDA) in 2010.
In 1 or 2 sessions , it promises to reduce fat, but also cellulite , gradually destroying fat cells called adipocytes.
Cryolipolysis is a safe treatment and a valid alternative to liposuction or liposuction for circumscribed areas of the body. It is recommended for those who want to get rid of localized fat pads without undergoing surgery.
Cryopolysis is an alternative to be evaluated for those who fight with fat pads, suffer from cellulite and cannot dispose of them, despite diet and sport.

Cryolipolysis: what it is

It is a technique based on the fact that fat cells are sensitive to cold: cryolipolysis literally means destruction of fat with cold .
Indeed, several scientific studies have explained this phenomenon and come to this conclusion.
Adipocytes are more sensitive to cold than other cells in the body (skin, nerves and muscles), so it is possible to trigger a targeted reaction with a specific application of cold for a certain time to bring to an aptitude, that is, to the death of adipocytes.  Time and duration are variable .
The treatment is carried out with a device called CoolSculpting , developed by an American company (Zeltiq) which exposes an area of ​​the body to extreme cooling for an hour.
At first, the skin is sucked in with a suction cup shaped handpiece, then cooled . The temperature parameters are regulated differently for each patient according to the adipose tissue to be treated.
A gel protects the stressed part of the body.
Fat cells are destroyed and eliminated progressively and naturally in the following weeks. Furthermore, this cold liposuction technique is also very effective for cellulite.

Who is it recommended for?

This treatment is recommended for people in good health and with good physical shape.
Instead it is not suitable for those who have a strong overweight or important skin relaxation. 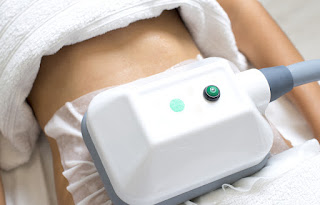 Cryopolysis is recommended for those who want to reduce fat mass in certain areas of the body but do not want to undergo surgery.
The most suitable patients for cryopolysis are the men or women who have a BMI almost normal but who have excesses of localized fat that does not go away with the diet.

Cryolipolysis: for which part of the body

Cryolipolysis: how it works

A first visit is important to understand if cryopolysis is the right treatment for the problem.
The expert evaluates the areas to be treated and sets the objectives to be reached with the patient.
Usually, he weighs the patient and takes photos to be able to view the before and after at the end of the path.
Before giving the ok for the treatment, it is necessary to make blood tests to check that the liver works well and is able to dispose of the waste products resulting from the breakdown of fat cells.

Before starting the treatment, the doctor applies a sheet soaked in anti-freeze gel that adheres to the skin and causes the handpiece to adhere more. Furthermore this gel is also useful to better protect the outer layers of the skin.
At this point, turn on the machine and place the handpiece on the area to be treated: the suction process begins by sucking up the fat cells .
For a few minutes, the side plates of the appliance apply the cold according to the program chosen by the expert. It is normal to feel numb , but the treatment is not painful.
Cooled by the Collscupting, the fat cells of that area will have a slow programmed death .
The treatment generally lasts 60 minutes during which the patient can relax.

Immediately after the treatment, the treated area may be red, but only for a few hours.
In the following hours or days, you may have some hematoma and feel a painful sensation of numbness (painful hypoaesthesia) that is not very pleasant. In any case the bruises or swellings disappear after a few weeks.
The secondary effects are minor and often reversible:
ecchymosis
edema
hardening
superficial burns
loss of transient sensitivity.
Since this is not an invasive procedure, recovery times are minimal : daily activities can be resumed immediately, while for sports it is advisable to wait a week.
The results are not immediate: the fat melting occurs a few weeks after the treatment and the final results are reached after 2/3 months.
Following treatment, crystallized fat cells are slowly removed from the body in the following weeks and months. The cells that remain reorganize, decreasing the thickness of the fat layers and considerably improving the appearance of the treated areas. 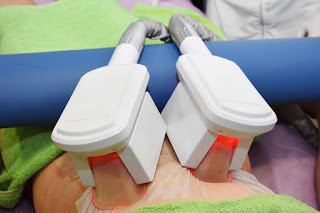 Fat loss will be persistent and lasting as long as you maintain normal weight.

It is important during this period:
have a healthy lifestyle;
Playing sports;
do massages to help eliminate swelling;
hydrate yourself well (water but also green tea during the fat removal process);
do not consume alcohol during the lymphatic drainage process because it increases lipogenesis;
don’t do sauna, turkish bath or whirlpool in the week after the treatment because it could worsen bruising and pain;
no aesthetic treatment with laser or pulsed light 2 weeks before treatment and 2 weeks later;
do not take sun or make lamps on the parts of the body to be treated; 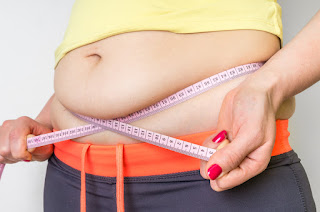 do not treat areas with recent (red) stretch marks or recent scars (less than 1 year).

There have been several studies and tests before this new method was declared effective and safe. The advantage is the use of intense and prolonged cold that affects only the adipocytes, without either burning the skin or causing damage to other tissues such as muscles, nerves or blood vessels.
Furthermore, this technique:
is effective
it is not invasive
it’s painless
gives definitive results.

The success of the operation depends on the amount of fat, the ease of aspiration but also on the susceptibility of fat to cold.
For it to be effective, the amount of fat must be neither too much nor too little.
The ideal patient is the one who cannot dispose of fat despite diet and sport.
Results may vary depending on the patient. The following factors must also be taken into consideration:
age
hygiene of life
weight
ability of the body to eliminate the waste of damaged fat cells.
Sometimes, a second session can be recommended if you are not satisfied with the final result.
The first results are perceived 2 weeks after the treatment, while after 2/3 months the final result is reached and a reduction of fat tissues and a natural reduction in the volume of the treated area can be observed .
Depending on the area of   the body treated, a 25% reduction (2 to 5 cm) can be achieved.
Each treatment reduces fat by about 20%. 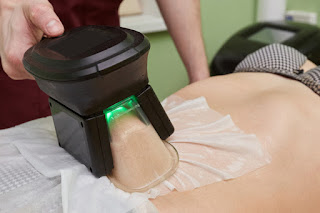 As confirmed by a study , the results are seen after about 3 months : with a treatment, there is a reduction in the volume of adipose tissue between 18 and 25% .

Important : only doctors are authorized to perform this treatment, so contact a surgeon, a cosmetic doctor or a dermatologist.
Cryopolysis is a medical treatment and must be performed by doctors with approved and certified appliances: it is the CE safety mark that makes the difference .
The claim of a cryopolysis effect cannot in any case be sufficient to justify the use in complete safety. Beware of counterfeits that are multiplying, an indirect proof of interest in this treatment.
In beauty salons , authorized appliances cannot fall below 0 degrees while the temperature for an effective treatment is between -5 and -10 degrees .

The treatment is not recommended for those who:
is strongly overweight
has diabetes
is pregnant
during breastfeeding
has an inguinal or abdominal hernia
has a pacemaker.

Cryolipolysis: how much it costs

Cryolipolysis done by a specialist doctor with a device that has the CE mark of safety is a fairly expensive treatment even if it is cheaper than surgery.
The cost per session can vary between approximately 600 and 800 euros depending on the area to be treated and the center you have chosen.

Many studies have been done on cryolipolysis. Here are two:
Study on cryolipolysis for fat reduction
The study confirmed that precisely controlled cooling causes a gradual decrease in fat cells with induced apoptosis, without deteriorating the tissues.
In this study, it emerged with photographic evaluation that 100% of the subjects had a measurable decrease: the average fat reduction was 22.4% after 4 months.
An evident result was seen in 27 of the 28 patients (96%).
Discover the study : Department of Dermatology, Wellman Center for Photomedicine, Massachusetts General Hospital, Harvard Medical School, Boston, Massachusetts, USA.

A study of 518 patients showed good tolerance and no negative aspects. 89% tolerated the treatment well while 96% complained of minimal pain.
Results: 73% satisfied and 82% of people recommending cryolipolysis to friends.
The stomach and the hips gave the best results with 89% of patients who confirmed the improvement.