Aloe vera: properties, benefits and advice of use

Aloe vera is a plant with a thousand uses. Very famous for its anti-inflammatory, soothing and purifying properties , it is often used in the field of natural cosmetics . But what many people do not know is that aloe juice has great benefits and can be used for nutrition. This is where aloe comes from , its beneficial properties and how it is used , both in the kitchen and in cosmetics.

Aloe vera, where it comes from

Aloe vera ( Aloe barbadensis Thousand ) is a plant of the family Aloeacee . Of very ancient origins , it is even mentioned in the Old Testament, but also in documents that attest to its use by the Egyptians, the Chinese, the Indians and the Arabs.
Aloe was very common among the ancient Romans, who used it for its healing properties . Many experts describes the benefits for wound care, stomach ailments, insect bites and dental problems. During the Middle Ages and the Renaissance the medicinal use of the aloe spread widely in Europe, while the Spanish missionaries introduced it to the Americans . 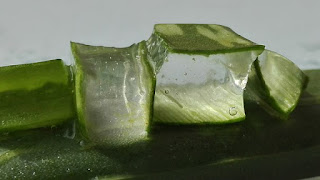 The real turning point, however, occurred in the 20th century , when the Texas pharmacist Bill Coats managed to stabilize the pulp with a natural process at the end of the 1950s . From that moment the aloe began to be marketed more or less in the forms we currently know.

The identikit of the plant

Aloe vera is known for its many benefits on our body and our health . It is mainly used in gels (to be applied to wounds) but there is also aloe vera juice .
It is a perennial succulent plant (plants more or less similar to succulent plants) with a shrub that can reach up to 1 meter in height. Its leaves take on a uniform green color as the plant grows adult and are covered with a protective film that allows the plant to filter air and water.
In the true variety the leaves are arranged in tufts , simple, 40–60 cm long: but there is also another fairly widespread variety in Europe, the aloe arborescens , with narrower and longer leaves. 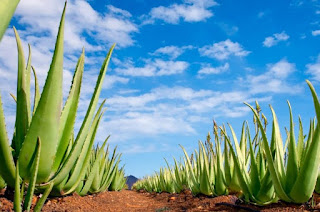 The original aloe habitat is that of the north-eastern coast of Africa and the Mediterranean basin. The plant prefers warm and dry climates and grows spontaneously on dry and calcareous soils : it can also be cultivated , both by seed and by cuttings.

The benefits of aloe vera juice

Aloe juice is extracted from the plant by a manual process. This juice, more like a gel in terms of density and consistency, contains a series of important nutrients for your well-being.
A clarification is needed: the aloe in juice that is found on the market is almost always without Aloin. This, in fact, is an active principle naturally present in the plant: if taken continuously it is irritating to the intestinal mucosa with a very significant laxative effect.

Aloe vera has great anti-inflammatory and soothing properties, which act mainly on the intestine. This is due to the mucopolysaccharides contained in the plant , which make it ideal for treating problems such as colitis, gastritis and other types of inflammation: research from 2004 also demonstrates this . As already mentioned, in these cases the aloe must be strictly free of Aloina , to avoid aggravating the symptoms in question. Aloe also restores the functionality of the lazy intestine , rebalancing the pH and bacterial flora.

Polysaccharides derived from mannose make aloe a perfect food for collagen synthesis , increase cell regeneration and improve the lubrication of cartilage and joints.

Also thanks to polysaccharides derived from mannose, aloe vera is able to stimulate the immune system. This helps you particularly in moments of transition, such as autumn and spring, defending yourself against seasonal ailments.

The intake of aloe juice was effective in combating certain types of bacteria and viruses, such as Escherichia coli and Candida albicans . This would be due to Acemannan , a molecule with immunostimulant, antiviral and antineoplastic properties. Some research has shown that aloe is therefore important for responding to this type of attack, while reinforcing the immune system.

Aloe vera is rich in minerals such as calcium and sodium, but also important vitamins, such as vitamin C . A complex of nutrients that, together with the large amount of water it contains , gives it detoxifying and antioxidant properties . Aloe therefore contributes to fighting free radicals, slowing down cellular aging , keeping skin and hair especially healthy . 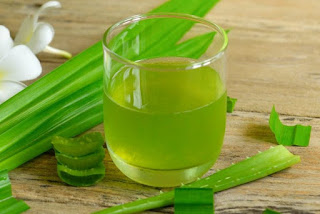 Aloe vera juice: how and how much to consume

Aloe vera juice is drunk on an empty stomach, a quarter of an hour before breakfast. You can drink it pure or diluted in water or in your juice. From avoided in hot drinks because of the risk of altering the vitamins.
It is important to respect the daily dose : the recommended maximum is 50 ml. A daily consumption of 20 to 30 ml is ideal for enjoying all the benefits of this plant.

Aloe vera: how to buy it

In commerce you can find aloe vera in different forms. If it is a juice, it is good to prefer beverages that say ” pure juice ” because they are based on cold-stabilized aloe pulp and contain at least 90%. Moreover, in this way, you will have the security of not taking added sugars, but also harmful substances such as preservatives or dyes and, as we have said before, aloin.
Better to avoid aloe powder which rarely contains pure pulp.
If it is a gel , usually there are no problems: it is always better to choose a biologically cultivated product anyway.

The main contraindication of aloe , as already explained, is its aloin content , present in the rind. For this reason, it is always good to avoid making juice at home: it is better to buy the one without aloin , which you can find in specialized shops but also in high-end supermarkets. Apart from those who suffer from intolerance to single components, in general, remember that:
Those who are taking drugs can take it only after asking their doctor for advice.
The use of juice during pregnancy is not recommended , especially because the total lack of contraindications in an interesting state has not yet been ascertained. But also during lactation because it would make milk bitter.
Those suffering from chronic diarrhea should limit the consumption of aloe juice, which could worsen the problem.
The gel, on the other hand, has not shown any particular side effects and can be used by everyone, including children 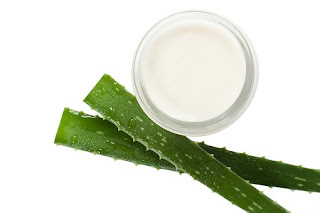 Aloe vera for cosmetic and dermatological use: the gel

Many know aloe in the form of gel, which can then be transformed into creams or lotions , because the natural cosmetics industry makes extensive use of them. Here are its main benefits.
The main virtue of aloe vera gel is  dermatological . You can use it to relieve superficial skin burns and above all to repair the epidermis . Its power is so concentrated that aloe vera would help heal some wounds faster. It is a product to have always at home, useful for giving relief even in case of itching and insect bites . Finally, it promotes healing of ulcers and gum inflammation .
You can also use it daily to fight skin aging and the appearance of wrinkles. Aloe vera moisturizes the skin and stimulates regeneration by increasing the production of collagen . Moreover, it is an excellent post epilatory soothing , both for the legs and the face.
It gives relief in the event of sunburn but also cracking because it is an excellent repairing balm thanks to glucomannan and pectin that hold water and moisturize the skin. Furthermore aloe helps to improve some dermatological pathologies such as acne, eczema, herpes.
It is ideal as a face mask in case of reddened skin, thanks to its soothing properties. But also to give relief to chapped and reddened hands from the cold.
Present in numerous hair treatments , aloe vera is an excellent remedy to strengthen the scalp, calm irritations and fight dandruff.