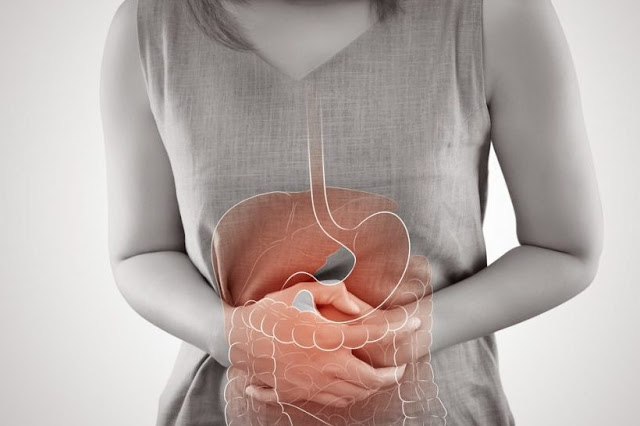 A set of intestinal disorders, very annoying and that can become chronic over time: we are talking about irritable bowel syndrome , also called ” Irritable Bowel Syndrome ” ( IBS ).
It is one of the most frequent pathologies in the gastroenterological field, Characterized by a set of intestinal symptoms, referable to the tract of large intestine called colon . It is characterized by belly pain , accompanied by bloating, meteorism, constipation or diarrhea (or both alternate disorders) and, sometimes, even nausea, cramps and difficulty digesting.
It is a widespread disorder (affecting around 10-20% of the population ), which affects women the most , even though it is also common among men. Usually occurs before the age of 35 , in about half of the patients.
It is a persistent pathology , the symptomatology of which can have a significant impact on the well – being of those affected: in fact, the discomforts deriving from IBS can compromise the regular performance of daily activities, also generating problems of a relational nature.
Unfortunately, his diagnosis is not simple: in fact, a precise diagnostic test does not exist and the symptoms that characterize it are non-specific , that is also common to many other bowel disorders.
We try to better understand the causes of this disease and how it can be treated : even if you suffer from it, you can improve the quality of your life with a series of tricks, starting with nutrition .

What is irritable bowel syndrome?

To better understand the mechanisms underlying this disorder, it is first necessary to explain that it is a functional and non-organic pathology , that is, it does not present lesions that can be evidenced by investigations or investigations: in the irritable colon the appearance of the intestine is normal and not there is no anomaly, or at least not macroscopically.
Irritable bowel syndrome is a functional disorder that can be defined as chronic (as there is no definitive cure), which affects the intestinal tract. Therefore, we can define IBS as a functional pathology of the gastrointestinal tract, mainly characterized by disorders coming from the colon, such as abdominal pain and alterations of the alvus (problems in defecation).
Despite being chronic (with fluctuating trends over the years), it is not responsible for any change in intestinal anatomy. Furthermore, the appearance of colon or rectal tumors is not believed to promote in any way .﻿
Very frequently, irritable bowel syndrome is commonly called colitis , but this is a misnomer. In fact, the suffix “ite” tends to identify an inflammatory process (non-macroscopic in the intestine), so this term should be used for real inflammatory diseases, such as Crohn’s disease , ulcerative colitis, ischemic colitis or infectious diseases.

The causes of irritable bowel syndrome

Despite the research done, no specific cause has yet been discovered that may explain the appearance of irritable bowel syndrome. According to the most widespread theory , the sufferer has a condition of hypersensitivity of the enteric nervous system (the second brain), which determines abnormal responses to both sensory (pain) and motor (diarrhea or constipation).
Therefore, the causes that cause this pathology are not yet certain: it is still believed that there are many factors involved in its appearance, such as infectious gastroenteritis , which appears to be responsible for this disease in 30% of cases . The triggers of  exacerbations can be of psychological, food, hormonal, pharmacological or environmental origin (such as travel).
The muscle cells that form part of the intestinal wall regulate the transit of food during the digestive process, through peristalsis , or rhythmic contractions. Irritable bowel syndrome produce contractions are too strong or too weak, resulting in the first case symptoms such as bloating, flatulence and diarrhea , while in the second case constipation and hard or dry stools.

The factors that can trigger the syndrome are different . Among these we can remember:
excessive stress or anxiety;
the consumption of some foods, particularly those rich in FODMAPs , an acronym that indicates oligosaccharides,
disaccharides, monosaccharides and fermentable polyols, sugars that are not digested by intestinal enzymes and that,
fermenting, produce gases such as hydrogen and methane;
hormonal alterations, such as those due for example to the menstrual cycle;
intestinal infections;
frequent use of drugs such as anti-inflammatories or antibiotics;
emotional factors and psychological causes;
food intolerances, such as lactose or gluten hypersensitivity.

As previously explained, the irritable bowel syndrome, being a functional disease, is defined on the basis of symptoms and not through diagnostic tests.
A panel of experts has defined precisely how the irritable bowel syndrome can be recognized clinically, creating what have been called the ” Rome criteria “, now in its fourth edition.
Therefore, if completing the questionnaire it is pointed out that, for a period of at least three months , the patient has suffered at least once a week of abdominal pain associated with altered stool consistency or frequency, it is possible to diagnose IBS .
Then there are other accompanying symptoms, often frequent:
less pain after evacuation;
faeces of abnormal shape;
tension during defecation;
defecatory urgency;
swelling or abdominal distention;
feeling of incomplete evacuation;
mucus in the stool.
In general, it is useless to carry out diagnostic tests , unless it is an elderly person or there are warning signs , such as an abnormal weight loss or blood / mucus in the stool. In any case, the doctor in charge will assess the situation, to give you the appropriate indications to follow as appropriate.
Those suffering from irritable bowel syndrome, in addition to the symptoms listed above, sometimes complain of nausea, vomiting, difficulty digesting, sexual dysfunction (pain during intercourse and decreased libido) and urinary changes.
In some cases , chronic back pain, headache, fibromyalgia and chronic fatigue syndrome can occur .

As mentioned, this pathology, being chronic, in the long run can be accompanied by a series of more or less serious complications.
The most common complications include:
a reduced quality of life, due to the typical IBS disorders that make it difficult to lead a peaceful and normal life ;
hemorrhoids , due to constipation or very frequent evacuations.

The diagnosis of irritable bowel syndrome is essentially clinical, which is based on the history and the presence of precise symptoms.
If by chance any warning signs appear, or if the symptoms suddenly change , it is recommended to proceed with more detailed investigations. These will be suggested and prescribed by the attending physician and can be:
colonoscopy. It is recommended to carry it out in the presence of warning signs, or if the disorders affect a person over the age of 50 or familiar with colon cancer.
Tests aimed at finding the presence of food allergies or intolerances . These include the Breath Test, for the diagnosis of lactose intolerance, or allergy tests to rule out food allergies. Always necessary to exclude celiac disease, through specific antibody tests.
Blood tests. The tests that are usually performed are blood counts, sideremia, transaminases, glycaemia, glycosate hemoglobin and creatininemia. To these can be added other tests, designed to exclude the presence of some specific pathologies, such as Crohn’s disease.
Ultrasound . In case of abdominal pain, this type of examination can be useful to reveal the presence of diseases affecting the ovaries or gallbladder stones. If performed with contrast agent (SICUS), it can help to rule out chronic inflammatory diseases of the intestine.
Coproculture. It is a microbiological examination of faeces, for the detection of parasites or bacteria.
Rectal exploration. Performed in the case of symptoms of rectal incontinence or presence of blood in the stool.

Pharmacological treatment
The initial treatment approach for irritable bowel syndrome is based on proper nutrition education . After that, drug therapy must be suitable to counteract the prevailing symptoms , so it is diversified according to the individual situation.
For pain , antispasmodic and myolitic drugs are usually prescribed, which help reduce intestinal spasm.
For constipation , prokinetic drugs are used, which can increase intestinal motility and facilitate the progression of stool. The fibers contained in common laxatives, such as Agar, Crusca, Glucomannans, psyllium derivatives and osmotic laxatives are also useful .
For diarrhea instead, loperamide works by reducing the peristalsis of the intestine. Also used absorbent drugs , such as activated carbon and kaolin, which absorbing liquids increase the consistency of the stool.
We cannot forget that the irritable bowel syndrome has a strong psychosomatic component . Therefore, in order to reduce it, anxiolytics and antidepressants may be prescribed as appropriate.

As with drug therapy, the diet suitable for treating IBS is not stereotyped , but must be managed by the doctor based on the patient’s symptoms.
In fact, foods that can worsen the situation are not the same for everyone , so often it requires a work of insertion / exclusion from the diet to understand which foods are actually causing the symptoms.
In general, however, many studies have shown that a diet low in FODMAPs (highly fermentable substances, such as sugars and oils) can give very positive results in reducing IBS disorders .
As a result, some foods richer in these substances, such as legumes, some vegetables or whole grains, will most likely need to be eliminated from the diet at an early stage . However, since these are important foods for the organism, in a second phase we will study with the nutritionist a strategy to reintegrate them.
However, the best treatment to prevent or fight irritable bowel syndrome is to follow a healthy and balanced lifestyle . Thus, a diet that includes suggested foods and excludes harmful ones, as well as proper hydration and proper physical activity.

In cases where constipation is the strongest symptom , it is advisable to increase fiber consumption and increase hydration. Conversely, when the syndrome manifests itself with diarrhea and abdominal cramps , fiber consumption should be reduced and bran fiber should be avoided , which has an irritating effect on the walls of the intestine. Raw fibers such as those contained in fruit peel , legumes or raw vegetables should also be avoided .
Among the fruits, watermelon, melon, citrus fruits and for some even apples can create more discomfort for IBS sufferers, while among vegetables it is better to avoid broccoli, cabbage, cauliflower and artichokes, because they can exacerbate bloating and meteorism . In general, it is advisable to consume cooked vegetables , with light seasonings, such as raw extra virgin olive oil .
Usually bread, pasta, rice or derivatives from any variety of cereal are not among the foods advised against, In general those better tolerated are however barley, oats and wheat of white flour.
Milk and dairy products deserve a special mention : usually this group of foods tends to worsen the irritable bowel syndrome, especially when there is also an ascertained lactose intolerance . Being foods rich in calcium, essential for bone health, you could try leaving yogurt in the diet , which is usually better tolerated, because with less lactose, and aged cheeses, which are usually totally lacking.
For proteins, legumes should generally be avoided, opting for lean meat and fish .
Hydration is very important , even in cases where the prevailing symptom is diarrhea: drink at least 1.5-2 liters per day (preferably natural mineral mineral). No to coffee and nervine drinks, such as cola or chocolates, because they irritate the mucosa, exacerbating cramps and abdominal pain.
The same goes for very heavy cooking, such as frying, or for too spicy foods, which should be avoided.